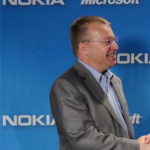 There have been rumors for quite some time regarding Nokia and a move to Windows Phone 7 or Android. Those rumors are heating up now with Nokia's platform looking non-existent in today's smartphone wars. The latest rumor has Nokia partnering with Microsoft on February 11th, essentially making a move to the Windows Phone 7 platform. Stephen Elop, the current CEO of Nokia, is a … END_OF_DOCUMENT_TOKEN_TO_BE_REPLACED

The whole Nokia/WP7 rumor has always been a flimsy thing, from an unknown source, and now an ex-employee of the cellphone giant has written a lengthy blog post stating why he thinks it's "stark raving loony." Watts Martin makes it clear that he's not an official spokesperson for Nokia, nor is he even employed by them after the most recent round of layoffs, but as someone who … END_OF_DOCUMENT_TOKEN_TO_BE_REPLACED

There was a very large rumor earlier this month that Nokia was planning on getting on board with Windows Phone 7, and while we haven't heard any more information about this, what we do have is a very sexy concept of what it might look like. Design company Mindsailor Studios put together this mockup of what a Nokia crafted WP7 phone might be, which does a very good job of … END_OF_DOCUMENT_TOKEN_TO_BE_REPLACED 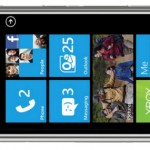 It's no secret that Nokia is struggling in the world of smartphones. Symbian OS is losing ground dramatically, even in its traditional European and Asian strongholds, and Meego is all but stillborn. A rumor has just surfaced that Nokia might be getting on board the Windows Phone 7 train. The rumor starts with a Russian editorial, translated by the Google: In the last month … END_OF_DOCUMENT_TOKEN_TO_BE_REPLACED