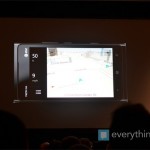 As announced recently at the 2012 Windows Phone Developer Summit, Nokia Maps is due for a 3.0 update soon. For now however, the user manual has already leaked for the 3.0 version of Nokia Maps on Windows Phone. Not only has Nokia announced that they are focusing on more than just a GPS application to get you from A to B, but Nokia Maps will also be available to all Windows … END_OF_DOCUMENT_TOKEN_TO_BE_REPLACED