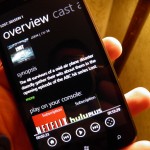 If you're anything like me, you're an Xbox Live fan and a WP7 user too. I use my Xbox for almost everything like streaming movies via Netflix, listening to music from Zune and keeping up with my friends both during and outside of gameplay. The fact that Xbox Live had integration with WP7 was awesome for me and scoring extra achievements was even better through games like Uno, … END_OF_DOCUMENT_TOKEN_TO_BE_REPLACED 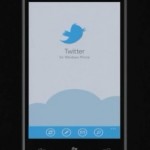 As soon as I say Microsoft isn't making an official Twitter app for WP7, I'm proven wrong. Microsoft has just announced that the developer tools for WP7 are finalized, and handful of very cool apps have just been unveiled too. Twitter, Netflix, OpenTable, Travelocity, and Flixster will all be available soon, and you can see them demoed here (which Silverlight won't let me … END_OF_DOCUMENT_TOKEN_TO_BE_REPLACED

At Mix 10 earlier today, Microsoft introduced a list of development partners for Windows Phone 7 Series. One of the development partners is Netflix. This isn't your standard application for updating your queue. The Netflix for Windows Phone 7 Series offers support for "Watch Now". No word yet on whether the app will be free and you will need a Netflix account. … END_OF_DOCUMENT_TOKEN_TO_BE_REPLACED