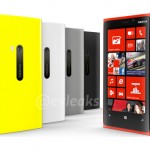 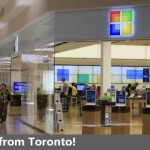 With the recent 2012 Worldwide Partner Conference taking place in Toronto, there was no better moment for Microsoft to announce that the first international store will soon open in Toronto. The specific store location in Toronto, Canada will be at the Yorkdale Shopping Centre. The store is set to open later this year, in time for Microsoft to release Windows Phone 8, Office … END_OF_DOCUMENT_TOKEN_TO_BE_REPLACED 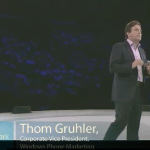 At Microsoft's Worldwide Partner Conference, there was a large Windows Phone presence, without a doubt, but some would say otherwise as far as the real world goes. Microsoft took the stage at WPC and declared that they realize there is a Windows Phone awareness problem, and they will address that issue with Windows Phone 8 later this year. Some instances of lack of awareness … END_OF_DOCUMENT_TOKEN_TO_BE_REPLACED 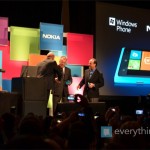 At Microsoft's Worldwide Partner Conference, Microsoft CEO Steve Ballmer brings back memories of the competitive history between Microsoft and Apple. That competitive battle especially reached a peak in the 1990's between Microsoft's PC and Apple's Mac systems. Now, Ballmer is bringing it all back, saying "we are trying to make absolutely clear we are not going to leave any … END_OF_DOCUMENT_TOKEN_TO_BE_REPLACED 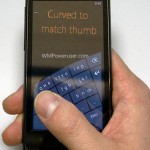 It has been long rumored that Microsoft was working on a one-handed keyboard for future devices for some time now, and now a leaked Microsoft Research presentation indicates makes it real. The keyboard is clearly designed to accommodate one-handed thumb typing. Instead of using a standard keyboard to type, the keyboard for the arc-shaped design takes a form similar to standard … END_OF_DOCUMENT_TOKEN_TO_BE_REPLACED