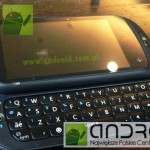 Android.com.pl, the same people behind the recent leak of the LG E900 Optimus 7, have released footage of the LG C900/Pacific. Here's what they have to say about it, broken English intact: We swear, this is last time when we present photos of unveild smartphone ( this week :P). This time we want to show you LG C900, which is running on WP7. The smartphone features: 3,2 … END_OF_DOCUMENT_TOKEN_TO_BE_REPLACED 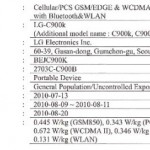 LG's steadfast march to be the first on the block with handets for Windows Phone 7 continues, and every day we're getting bits of more information. This shot of the E900 Optimus 7 (via WMPU) was leaked by an official Dutch Windows Phone twitter account, which has now been closed. That's a much prettier picture than the previous one. The LG C900 Pacific has just gone … END_OF_DOCUMENT_TOKEN_TO_BE_REPLACED

The LG C900 and E900 have both been spotted in the wild, and we're slowly learning more about them, but a major problem remains: their name. C900 and E900 are both...inelegant. We're starting to hear rumors about what these will actually be called when they hit the marked. The E900 is currently being bandied about ast the Optimus 7, though I've not see hide nor hair of Optimus … END_OF_DOCUMENT_TOKEN_TO_BE_REPLACED 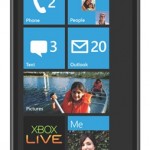 While talking to Pocket-Lint, Microsoft has officially stated which companies will be their partners for the launch of Windows Phone 7. While they're still not confirming when they'll launch (it'll happen in the "holidays"), you can expect handsets from Dell, Asus, LG, HTC, and Samsung. Samsung was already known to be a launch partner, because they produced the developer … END_OF_DOCUMENT_TOKEN_TO_BE_REPLACED