If you are looking for an alternative to Pandora, the good folks at XDA Developers via PPCGeeks have a download of Slacker Radio available. The application does not require a subscription, but you are limited to "6 skips" per hour. Those looking for some quality streaming music should give Slacker a try. Let us know how it works out for you. [FuzeMobilty via WMPowerUser] … END_OF_DOCUMENT_TOKEN_TO_BE_REPLACED

The HTC HD2 is available in Europe and Asia, so expect to see a surge in videos making their way around the Interwebs. [via WMPowerUser] … END_OF_DOCUMENT_TOKEN_TO_BE_REPLACED 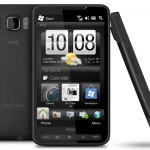 The stunning HTC HD2 is shipping today in Asia and Europe. For those in the US, we have even better news. HTC confirmed today that the HTC HD2 will be coming to the US. No carriers or pricing were announced, but it will be coming in 2010. Complete press release available after the break. HTC HD2 Ships in Europe and Asia; coming to the US in early 2010 HD2 demonstrates the … END_OF_DOCUMENT_TOKEN_TO_BE_REPLACED