In addition to the Samsung Focus, we've also just received official confirmation of the Omnia 7, which will only be heading to Europe for now. the Omnia 7 used to be known as the GT-I8700, and like the Focus, it'll have a 4-inch super AMOLED screen, and 1GHz processor. It'll launch on Orange, SFR, Movistar, and T-Mobile in Europe. Full press release follows: … END_OF_DOCUMENT_TOKEN_TO_BE_REPLACED 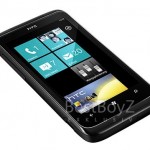 Only yesterday we heard rumor of the Samsung Omnia 7, and now we have a photograph. IntoMobile obtained this shot of the new device, and it might not be the GT-i8700 like we originally thought. If you look at a previously leaked photo of the GT-i8700, it has a much straighter top than the Omnia 7, implying this is a new device. German site BestBoyz has leaked PR shots of … END_OF_DOCUMENT_TOKEN_TO_BE_REPLACED

WMPU have dug up reference to two Windows Phone 7 devices, at least one rumored to be one of the first line of WP7 phones to be released. By nosing around DSLReports they found reference to the Samsung Omnia 7 and the HTC T8788. The Samsung Omnia 7 is rumored to be one of the first round of devices released on the OS, which means it might be the GT-i8700 that was spotted … END_OF_DOCUMENT_TOKEN_TO_BE_REPLACED

The Samsung GT-i8700 is a sleek looking beast that we've seen photographed before, and now we have video evidence of the handset. Unfortunately, the focus is crap, the lighting low, and we see almost nothing of the handset itself. Here's a hint for people leaking a new phone: if it's on an OS that has already been extensively viewed and understood, pay attention to the … END_OF_DOCUMENT_TOKEN_TO_BE_REPLACED 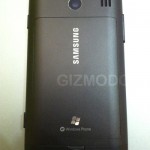 A tipster sent Gizmodo these shots of the Samsung GT-i8700, and man does it look sweet. All we can really tell from them is that it has 8GB of storage, and a camera. But look at the thing! That's a grownup's phone. Sleek and black, this looks like it'll be pretty squarely aimed at the high-end market. Check out how tiny that bezel is! … END_OF_DOCUMENT_TOKEN_TO_BE_REPLACED