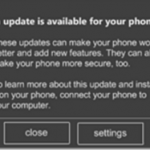 Good news a plenty when it comes to Mango. Yesterday, we received confirmation that it had been released to manufacturing, a critical milestone. Today Microsoft has released Windows Phone SDK 7.1 "Beta 2 Refresh", available from the Mango Connect site. The tools represent a month of improvements. The good news doesn't end there. For those of you running Mango on your … END_OF_DOCUMENT_TOKEN_TO_BE_REPLACED 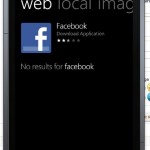 After the Windows Phone Developer Tools 7.1 Beta was released yesterday, we expected nothing less than for both developers and aficionados alike to get their hands on the emulator and find unannounced features. Yes, first of all the developer tools beta does state it is Windows Phone 7.1, but that's only temporary, Windows Phone 7.5 is the codenamed Mango update coming later … END_OF_DOCUMENT_TOKEN_TO_BE_REPLACED