ChevronWp7 — the software exploit that allows unlocking of WP7 — will no longer work with the next version of Windows Phone 7. As confirmed in a blog post, the developers are still talking with Microsoft about homebrew, but the loophole that allows Chevron to function will be closed: Although this has been subtly communicated before, we’d like to reiterate Microsoft has … END_OF_DOCUMENT_TOKEN_TO_BE_REPLACED 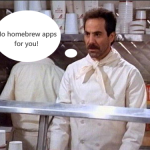 Those who used the ChevronWP7 unlock tool before it was removed have received an OTA update that revoke's ChevronWP7's certificates. Essentially, that means it locks the devices again, so the few homebrew apps that were released will no longer work. It appears those hoping for sideloaded homebrew apps will have to wait for a sanctioned version, if that ever happens. via … END_OF_DOCUMENT_TOKEN_TO_BE_REPLACED

Less than a week after it's release and fresh off yesterday's release of the first homebrew app, ChevronWP7 has been discontinued and removed. The app effectively jailbroke Windows Phone 7 devices allowing for sideloading of apps, apps that might no necessarily be approved by the Microsoft's Marketplace app store. According to reports, the tool angered those in the Windows … END_OF_DOCUMENT_TOKEN_TO_BE_REPLACED 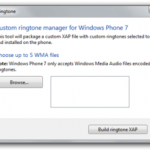 Just days after the release of ChevronWP7, it looks like we now have the first homebrew application in the form of a custom ringtone manager. The application has two components, one being a desktop application and the other being an XAP app that needs to be deployed to your Windows Phone 7 device. You can add up to 5 WMA files encoded at 48KHz. via ChevronWP7 … END_OF_DOCUMENT_TOKEN_TO_BE_REPLACED 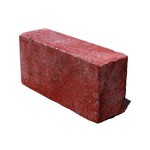 Yesterday we reported on the release of ChevronWP7, an app that essentially jailbreaks any Windows Phone 7 device and allows for unlocking. That news was meant with a statement from Microsoft, which basically suggests that it could brick your phone. Here's the direct quote: “We anticipated that people would attempt to unlock the phones and explore the underlying … END_OF_DOCUMENT_TOKEN_TO_BE_REPLACED