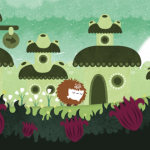 Three new Xbox LIVE Windows Phone games have been revealed in the midst of E3 2012; Shoot 1UP, Mush, and Ascend: New Gods are all coming soon to Windows Phone. We have some information on each one below, along with some gameplay hands on. No information on release dates yet, but as soon as they come up we will provide them. Up first, Mush is published by Microsoft Studios … END_OF_DOCUMENT_TOKEN_TO_BE_REPLACED