T-Mobile, joined by HTC, will offer up the goods on a new Windows Phone 7 handset tomorrow afternoon. From the looks of it, these renderings of the supposed HTC HD7 could be the real deal. The HTC HD7, codenamed Shubert, has been rumored for quite some time. The source reports the HTC HD7 will be priced at $199.99 after a 2-year contract. Below are the rumored specs: 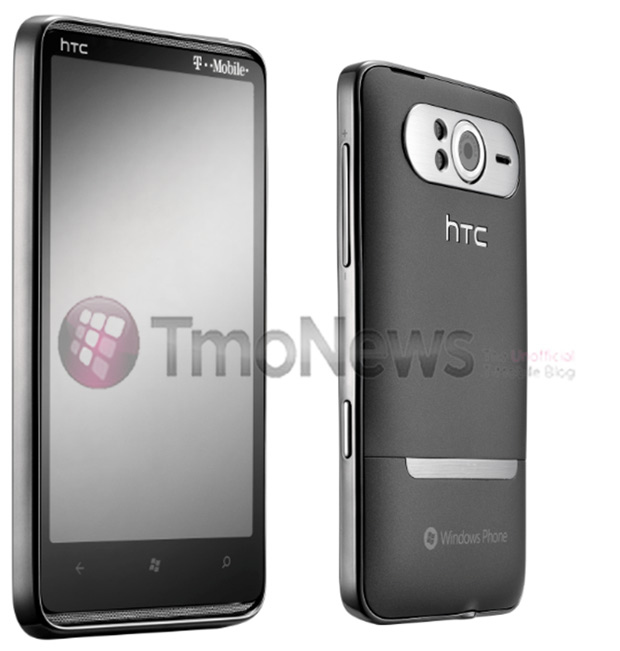 It appears to be missing a front facing camera, but let’s wait until the official announcement and photos tomorrow.