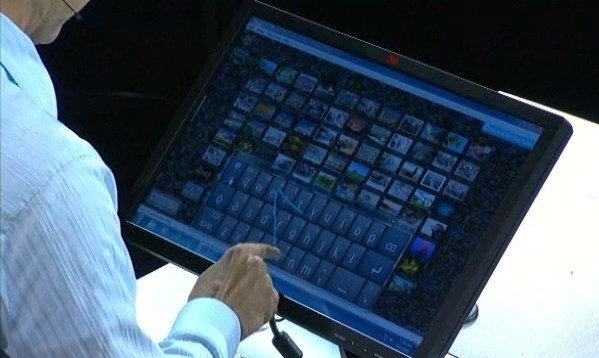 For those of you who haven’t encountered it, Swype is an alternative way of entering text, where instead of tapping on each letter on the keyboard, you just drag your finger around, hitting each letter you need to (here’s a video demonstration). It’s already present on Android, and it looks like it might just be finding its way to WP7.

Engadget spotted a Swype keyboard at the Internet Explorer demo at Microsoft’s Worldwide Partner Conference. It’s being used on a very large multitouch screen here, but it’s running on Windows 7. Swype itself is designed for use on mobile OSs, so if Microsoft is happy to have in on their desktops, maybe it will also be present in Windows Phone 7.