Difficulty still remains high, with some accomplishments in the game requiring full 10-level-runs if you fail to accomplish the goal. Super Monkey Ball clearly believes in a try-hard system, difficult is high, no retries, and no restarts on any levels. You fail, you have to do it all over again.

Super Monkey Ball 2 is published by SEGA as version 1.0.0.0, download size of 132 MB, and supported languages of Deutsch, English, Español, Français, Italiano, and 日本語. You can check out the true-to-the-original sequel of Super Monkey Ball with the free trial, since it is an Xbox LIVE game. If you want to deal with all the letdowns, you can purchased Super Monkey Ball 2 – Sakura Edition for $2.99 right now on the Windows Phone marketplace.

Super Monkey Ball™ is back. Everyone’s favorite monkeys keep the ball rolling with this exclusive version of the arcade to console classic for your smartphone.

Roll around the Far East, as you tilt and steer one of four adorable monkeys through 125 themed mazes and a beautiful world of cherry blossoms. Just grab your bananas along the way to earn extra lives before time runs out. It’s so easy to play, even a monkey could do it!!

GO BANANAS
Play as one of 4 adorable Monkeys: Aiai, MeeMee, Baby, and GonGon

Monkey Target: Guide your monkey to the bull’s-eye, launch into the sky and grab as many bananas as you can.
Monkey Golf: Monkeys play golf .. who knew? Grab your clubs and tee off with 18 holes of banana bliss.
Monkey Bowl: One of the original mini games returns for ten frames of monkey ten-pin bowling madness! 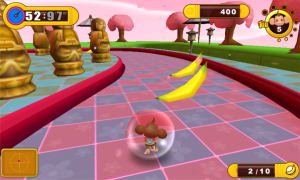 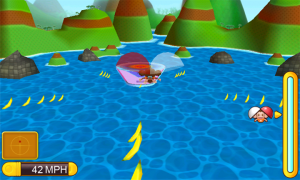 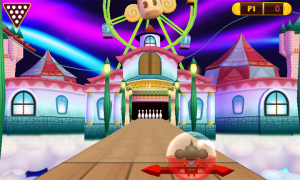