We still haven’t received our invitation (probably an oversight), but we’ve all the details on the October 11th Windows Phone 7 launch event. First off, AT&T will be the first wireless carrier to take the stage with Microsoft’s Steve Ballmer. Later in the day, we’ll hear from T-Mobile, who will undoubtedly show off their Windows Phone 7 phones. Two carriers, plenty of new devices. It should be a power packed day. Join us in the Windows Phone 7 Forums and chat about your hopes, dreams and desires for October 11th. What will we see on the 11th? Perhaps the Samsung Cetus, Samsung Universe, HTC HD7, HTC Surround and/or the HTC Mondrian? In the meantime, we’ll wait for our invite from Microsoft, AT&T or T-Mobile. 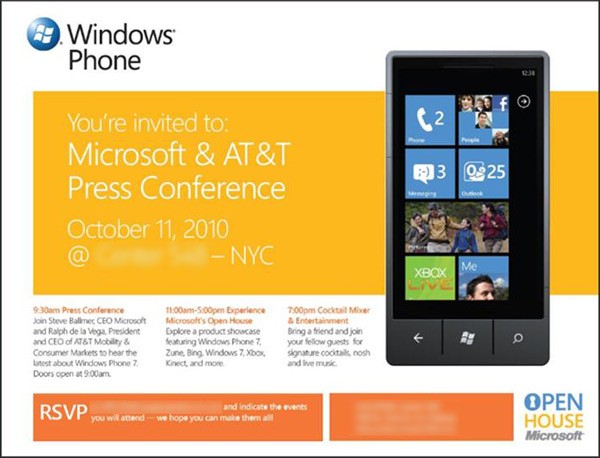