SkyDrive integration, from what has been revealed, will be fully integrated in Windows Phone 8. This integration involves accessing files quickly and easily from SkyDrive. Music and videos will also be accessible through the new Xbox Music and Xbox Video applications (ie. hubs). SkyDrive will also allow you to access your Windows Phone’s storage, just as if you had your phone connected to your computer, except you are using the SkyDrive cloud for it all.

You’ll be able to use SkyDrive not just for documents and pictures, but also for music and videos, and access them directly from new Xbox Music and Xbox Video apps. You will also be able to navigate into your phone’s storage using the SkyDrive devices functionality, just as you can with Windows PCs, and copy content (like camera-taken photos) back and forth seamlessly.

The new “DataSmart” application, as it appears on the screenshots below, is literally focused on helping users monitor and manage data usage. This is done through the following methods (so far): 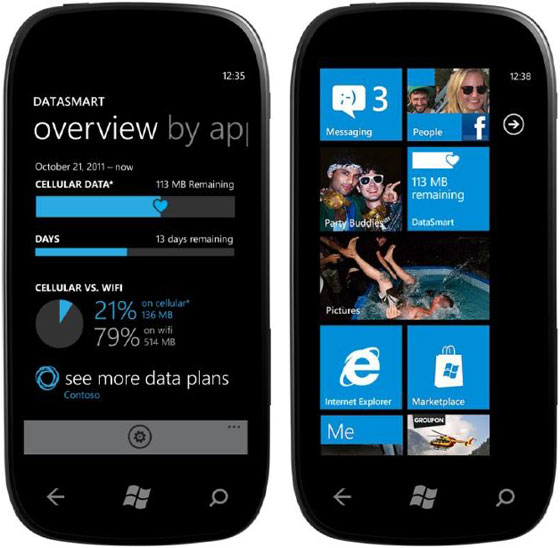