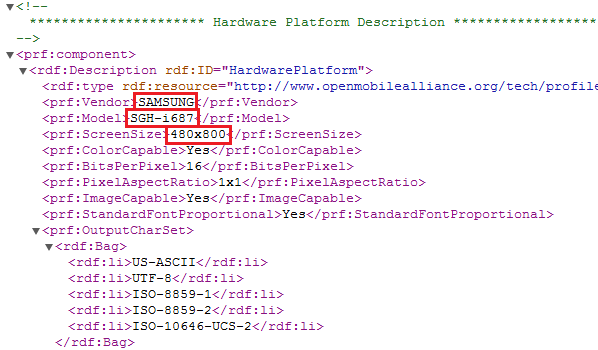 Back in May, it was rumored that Samsung was working on several Windows Phone 8 devices that will be the equivalent of the Galaxy S lineup. Even the fact that Samsung had a device hidden (at the time) under the code name “Minuet” was also reported. The biggest part about the rumor earlier this year were some reported specifications, along with the fact that the device may be the Samsung Focus S II Windows Phone.

The user agent profile linked to the device indicates that the device includes Internet Explorer 10, which will only be available with Windows Phone 8. The display is a WVGA 480×800 resolution, which puts this device as a low-tier to medium-tier device. There are two resolutions much higher than 480×800 that will be supported with Windows Phone 8, assuring the previous statement about this device being low-tier. HSPA+ and LTE connectivity are also evidenced to be supported by the SGH-i687 device.

Taking the HSPA+ and LTE connectivity into consideration, expectations point towards AT&T to carry this device later this year. We shall soon see what device the SGH-i687 from Samsung turns out to be later this year.