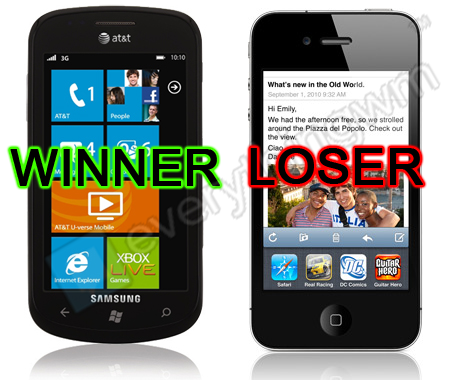 Windows Phone is hot on the competition’s tail. A recent PCMag.com survey put the Windows Phone 7 Samsung Focus on the top spot of best mobile phone on AT&T network, beating the famous iPhone 4. The survey, titled “Readers’ Choice Awards 2011,” involved PCMag’s very own readers voting on several phones on different networks, and their operating systems as well. The survey involved asking readers what current phone they used, what they enjoyed about it, what type of connection it uses (3G, 4G, etc.), and finally to rate each category of features several phones have based on a scale of 0 to 10. Head over to the article to read it in it’s entirety, or just take a look at the full survey results provided by PCMag.

Windows Phone 7
While not in heavy use, the practically-brand-new mobile OS from Microsoft is already a favorite with the few users it has among the PCMag readership.

Samsung with Windows Phone 7
A surprise leap to the top: Samsung handsets with the brand new Windows Phone 7 OS—embodied by the highly rated Samsung Focus—give the iPhone very tough competition.

Apple iPhone
Our long-time leader gets knocked down a rung or two, but is far from out: People still love their iPhones, even if they don’t like AT&T. 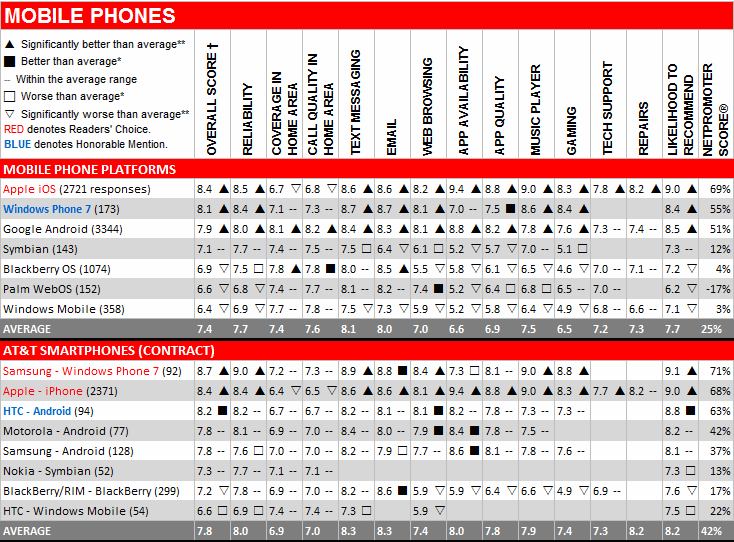