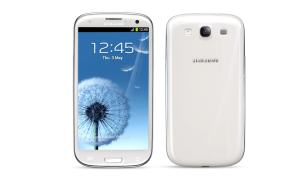 Sure, it was a surprise and all that the Samsung Focus 2 was just announced recently, but with each passing day the attention is being paid to future Windows Phones. Considering the rumor that Samsung is expected to release several Windows Phones this year, rumors are building up now on what will probably be the best of the Samsung devices to release. It may well be the code named ‘Minuet’ device, but code names are the least of our concerns. Lets see what the rumors of the big device are saying.

Typical, we can essentially expect a bigger screen, better cameras, and better processors in the device. Rumors or not, those changes will (hopefully) happen anyway with future Samsung Windows Phone devices.

The Focus S II will be available on AT&T, Sprint, Verizon, and later T-Mobile once their LTE network supports the device. The release of the Focus S II is expected in October, and sources claim it will look very similar to the Galaxy S III, only tailored as a Windows Phone.

Looks like Samsung is making a good device to compete with the Nokia Lumia 900, but will Nokia be releasing something better by that time? We’ll see!