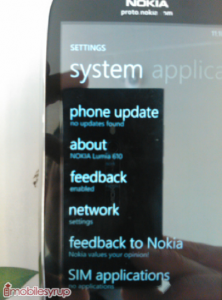 Along with the tip, sources received information that the device is scheduled to launch this summer, in time for the back-to-school season. Speculation around the price of the Lumia 610 device through TELUS puts it at $200 to $250 outright. The last bit of speculation has the Lumia 610 launching through TELUS as the NFC version.

All of this we are currently posting as rumor, until TELUS or Nokia release an official statement or announcement.