A thread was posted over on the Acer-Club Russia forums detailing (what we will take as rumors) the big Windows 8, Windows Phone 8, and Office 15 releases by Microsoft later this year. Windows 8, Windows Phone 8, and Office 15 will all have the same release date according to the forum post. What we are really here for is the supposed release of an Acer Windows Phone device (finally). The post also contains the personal opinions and assumptions of the poster. Either way, to even think about Acer releasing a Windows Phone later this year is something that doesn’t just “pop up.”

Apparently, Windows Phone 8 OS will launch between October 20th and 21st of this year. Acer Windows 8 tablets will also launch at this time, this is already known. The Acer W11 is Acer’s expected Windows Phone 8 release, alongside their Windows 8 tablets. The W11 will take after the Acer Tempo M900, a QWERTY slider style phone. Acer will sell the W11 at a price similar to low-end ZTE devices, also expected to release later this year. The W11, for Acer, serves the purpose of remaining as one of the cheapest dual-core Windows Phone 8 devices available. Of course, we expect ZTE to take notice of the competition. 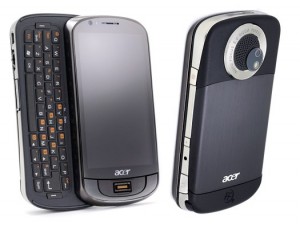