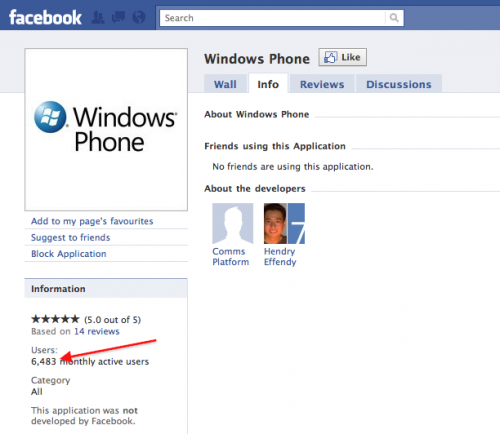 Even with the official release of WP7 an indeterminate time from now, Microsofts plans of giving handsets to devs, employees and reviewers has meant there’s a surprisingly large crop of these phones in the wild. According to TNW, you can get  a pretty good read on just how many there are based on the fact that the official FaceBook app has more than 6,000 users, all of whom assumedly have WP7 phones to their names.

There could easily be more or fewer than that, if, for instance, handsets were shared between more than one person.

While this OS isn’t even in the general public yet, it means that when it does land, there will be a pretty solid user base alread.