Twitter has announce the release of the official Twitter for Windows Phone app. The design uses the Metro UI and looks stunning. It offers a host of features you’d expect from a Twitter app including timeline, suggested users, messages, lists and more. We haven’t used the app yet (truth be told, we’re looking forward to test driving Windows Phone 7), the guys at Twitter say it’s really fast. 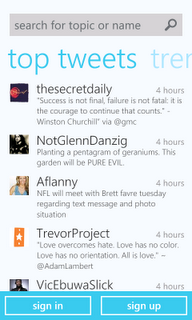 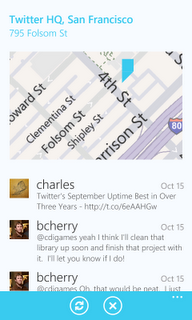 Twitter worked a software development partner Identity Mine to create the official app. If anyone has used it, drop us a line in the comments. We’d love to hear your feedback.