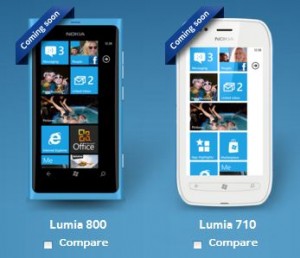 Even though the HTC Triumph has recently become available for pre-order in China, Nokia CEO Stephen Elop revealed that the Windows Phone Nokia lineup will arrive in China soon after HTC. Specifically, the Nokia Windows Phone lineup has been revealed to make its way to China on March 28th, although no specific models becoming available were detailed. Engadget reports that recent regulatory approvals hint the Lumia 800 and Lumia 710 arriving, with the Lumia 610 expected as an alternative to the Symbian market in China. China Telecom and China Unicom have been partners with Nokia for Symbian, therefore they are expected to be the first to have Nokia Windows Phones available. 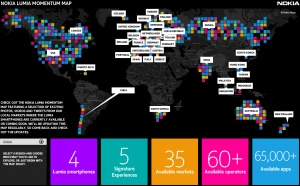 The Nokia Lumia Momentum Map is still dark over China, with no indication of devices coming soon. It seems Nokia wants to keep devices hidden to compete with (and surprise) HTC in due time.

Anyone in China looking forward to get their hands on a Nokia come March 28th?