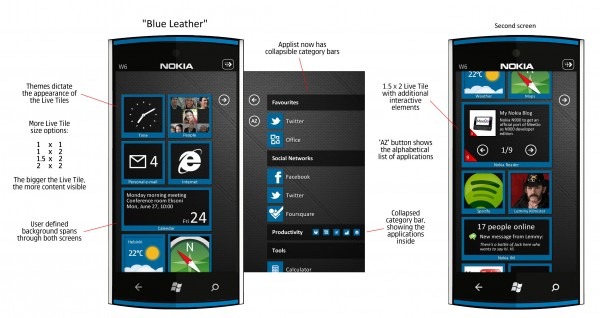 Scratching your head over what a Nokia UI on WP7 might look like? Worried by how much power Microsoft is giving Nokia to tweak the interface on the already beautiful Windows Phone 7? MyNokiaBlog has put together some fan renders of what it might look like, and you know what? They’re not completely hideous — and that collapsable app list is very cool! Some of variants are even kind of fetching.

I still don’t completely believe that you can do better than the Metro UI, though. It’s a thing of beauty, despite the attempts of Nokia, HTC, et. al. to overhaul it.