According to the latest research from Strategy Analytics, Nokia has now become the number one Microsoft smartphone vendor after completing the 2011 fourth quarter. Nokia released its first two Windows Phones in Q4 2011 and for the company, and Microsoft in agreement, it would be a true quarter that would reveal just how well Nokia could make it or break it. Nokia made it indeed, with only releasing the Nokia Lumia 710 and Lumia 800 – at that time not even available in the U.S. yet – they sold 900,000 units in a single quarter. This amazing reception to the Nokia Windows Phone devices is what put Nokia at the number one spot of Windows Phone manufacturers. Not only did it put Nokia at the number one spot, but Microsoft smartphone sales in general skyrocketed due to some amazing Nokia devices becoming available. 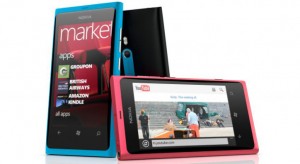 Of course, Nokia took to come back with Windows Phone at full speed, with amazing ad campaigns, great looking devices, great marketing, they did it all right. Due to Nokia’s success (mostly) in Q4 2011, Microsoft smartphone shipments grew 36 percent reaching 2.7 million units sold in the same quarter. Nokia alone captured 33.1% of the Microsoft smartphone market share in one quarter. Samsung, HTC and all other Windows Phone manufacturers essentially had a year head start of Nokia, but none ever hit such quick success as Nokia has. For Nokia to retire Symbian early last year and give the Microsoft scene a shot, they definitely made a wise decision, and Nokia’s Windows Phone future does look very successful at this rate.

With Nokia now working with Microsoft and having such results, plenty of market share will surely be pulled from Apple and Android in due time. All other Microsoft manufacturers really have some notes to take. Long before Nokia released their initial two devices Samsung, HTC, LG and others have really not done much to market their devices and try to sell as much as Nokia has.