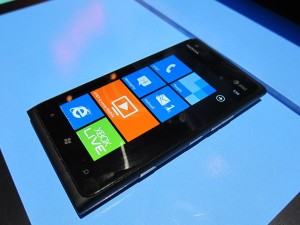 Nokia recently launched a small Q&A series over at the Nokia Connects website with the Nokia 808 PureView as the first topic. This time around, for their second featured product, is the Nokia Lumia 900 Windows Phone. Plenty of great questions and plenty of honest answers from Nokia. Some great questions we enjoyed the answers to were GLONASS support, gorilla glass specifications, and most importantly the fact that the entire Nokia Windows Phone lineup will have tethering support, either at launch (Lumia 610 and Lumia 900) or via Zune update (Lumia 800 and Lumia 710).

You can read the full Q&A here, but we will highlight the best parts quoted below for you get-to-the-point readers.

A: We do have Gorilla Glass on the 900 but not the curved glass, this is to maintain balance for thinness and weight.

Q: How soon will we know worldwide availability of the Lumia 900? I’m thinking in markets like South Africa?

A: Worldwide distribution will be confirmed in the second quarter of 2012.

A: The Lumia 900 incorporates camera optimisation for focus and colour balance.

Q: When will the tethering update for the Lumia devices be pushed out?

A: It’s the same speaker module on the Lumia 900 as the 800 but based on feedback from the market we have improved the audio tunings.

Q: With the Tango update will Nokia be able to replace the WP stock camera application with an in-house solution? I love the Lumia 800 but the camera application, especially the video recording part, is sub-par, so I was hoping for a better one from Nokia.

A: We can’t comment with anything concrete but we are always looking for ways to optimise the camera experience.

Q: Will the 900 be available in the Australian market?

A: Yes but timing is not confirmed at the moment.

Q: The Lumia 800 won’t get GLONASS support like you said…what improvement do we see on the 900 in terms of pinpointing, since the Lumia 800 was giddily fast at locating…?

A: With GLONASS we do see greater accuracy plus there is better cover as you can rely on GPS and/or GLONASS systems.

Q: Will AT&T Lumia run on a European network?

Q: Will there be further differentiation from the standard WP with the Lumia 900? If so what can we expect?

In the next Q&A series Nokia will answer questions about the Lumia 610, of course we will post that up for your reading once it’s available. Nokia never ceases to impress at this rate with Windows Phone.