With owning a Nokia Lumia Windows Phone, and any Windows Phone for that matter, you of course have access to the massive Xbox LIVE community. With a wide collection of games, with genres of all variety, Nokia wanted to call out the best driving games you can play with Xbox LIVE. Of course, these games are their own best in their opinion, and you may just have different preferences.

We have the list of games as posted over at the Nokia Conversations blog right below. Click the title of each game to view the Windows Phone marketplace page. 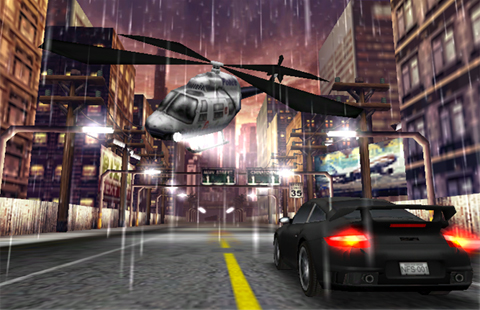 For almost 20 years, the Need for Speed series of video games has been entertaining millions of wannabe racing-drivers. It’s now even more popular, due to the fact that people can now burn-rubber on their smartphones, away from their console.

As with any racing game, you’ve got to out-drive everybody else on the road. This can only be achieved by making progress through each race and upgrading to newer and faster cars – of which there are 20 in total.

If you’re good enough to win and make progress trough the game, you’ll unlock achievements as an award for your efforts. Plus, Gamerscore points (200 in total) will be added to your account.

Jet Car Stunts isn’t about realistic worlds and fancy Frraris. Instead, it’s about launching your car off of ramps and through hoops while burning the thrusters to gain enough speed for a successful launch.

In a colourful, 3D environment, your main challenge is to conquer the course without losing control of your vehicle. And with three different game modes – Platforming, Time Trial and Freestyle – there’s plenty of stunts to perform.

Remember the days of leading Pac-Man around a maze eating up all the pac-dots while trying to escape Blinky, Pinky, Inky and Clyde? Well, those days might be just a distant memory, but Pac-Man is back, and this time he’s driving a car.

Rather than chasing ghosts and dots, as in the original Pac-Man game, you collect power-ups, bonus items and speed boosts in order to beat all the other players. Selecting the right character for the course could prove vital to winning as each character has their own unique strengths/weaknesses.

In another addition of the Need for Speed franchise, this is slightly different to the one mentioned at the top of the page. It’s a good old-fashioned high-speed cop chase.

You can decide whether to play as a racer and outrun the law, or be the police that chase down the run-away speed-demons. Fortunately, whoever you decide to play as, your cars are souped-up to the max.

Fed up with a vibrant-red Lamborghini? Give it a paint job in the garage.

At the dawn of man, there was the invention of the wheel. And then immediately after was the car. According to Cro-Mag Rally, anyway.

Playing as a caveman named Brog, you sit in the driver-seat of some primitive vehicles, using crude weapons. Nudge, ram or attack your opponents to make sure that you cross the finish line first.