Home > News > Nokia On The Lumia 610: Not Cheap Enough To Compete With Android

Nokia has confessed in a one-on-one interview with Pocket-lint that they still need to bring a lower end phone into the world to compete with Android. By lower end we mean lower priced, although the Lumia 610 is the current lowest priced Nokia Windows Phone, it isn’t at the average €100 price range that Android phones are at. Currently, the low-end Lumia 610 has a price of €189 which is far from beginning to compete with Android devices. 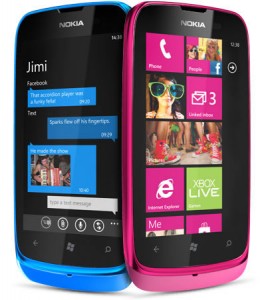 “Symbian is doing a very good job in capturing that first-time smartphone user, but the platform is, of course, ageing. And the functionality isn’t evolving as rapidly as it should, so we need to continue to push the price of handsets down when it comes to the low-end,” Savander said.

As we’ve mentioned and reminded many times before, Nokia is putting all their faith into Windows Phone. Vast market, vast user base, and determination to compete with the world. We expect Nokia to perhaps announce their next Windows Phone lineup later this year, including this new (lower than Lumia 610) low-end Windows Phone.