Nokia’s own music application, creatively titled Nokia Music, has recently gone 2.0. The update seems to involve back end fixes and nothing new seems to have been added to the application, at least from what users can see. 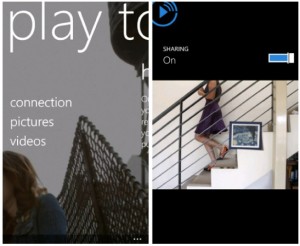 Alongside the Music 2.0 updated, Nokia has now release a new application as a beta titled Nokia Play To. In a nutshell, Nokia Play To allows your Windows Phone device to communicate with DLNA equipment and stream photos and videos. It will offer support for music streaming as well with future releases. The beta is available to all who volunteer for it, more information can be found over at Nokia Beta Labs.