Home > News > Nokia ‘Lumianation’ Windows Phone Launch Is A Go In Manila, Philippines On May 18th 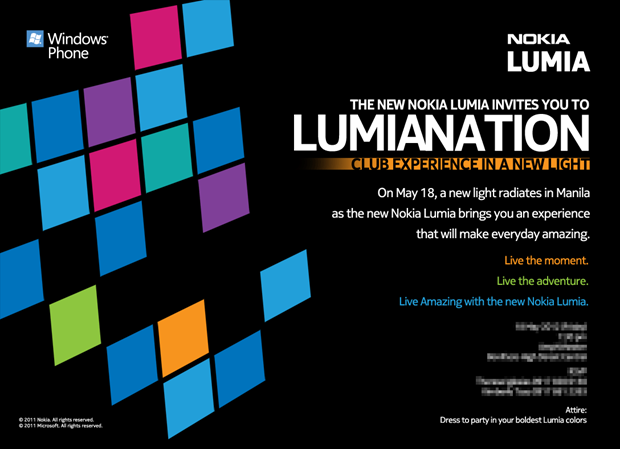 Nokia formerly invites all future Windows Phone customers in the Philippines to attend the Lumianation event in Manila. The event will take place on May 18, 2012 and feature a live music performance by Jump Smokers. Nokia urges all attendees to dress in your boldest Lumia colors. Although we assume the self-proclaimed (and rightly so) Lumia 900 will be the main device to launch through this event, we may see other members of the Nokia Windows Phone lineup additionally launch.

Let us know if you’ll be attending the Manila, Philippines launch party!