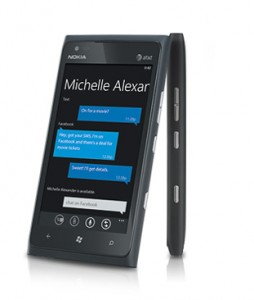 Brazil received the Nokia Lumia 710 and Lumia 800 Windows Phone a little over a month ago, and now it is time for the Lumia 900 to join the lineup. According to Brazilian blog Mobiletime.com.br, the Lumia 900 Windows Phone will arrive in Brazil as early as June of this year. Marcelo Gonçalves, Senior Manager of Nokia’s portfolio in Latin America, has mentioned the HSDPA+ version of the device has already been approved for sale in the region.

The Brazilian blog also suspects the Lumia 900 will launch in Brazil at the same price the Lumia 800 was at launch, R $ 1,699.00. Speculation also sees the Lumia 610 launching in Brazil alongside the Lumia 900, if not close to the same release date. This duo release is something that has already been witnessed previously in Brazil with the Lumia 710 and Lumia 800 dual launch, hence the speculation.

Brazil is definitely getting a treat with the entire current Nokia Lumia Windows Phone lineup becoming available before the end of summer 2012.