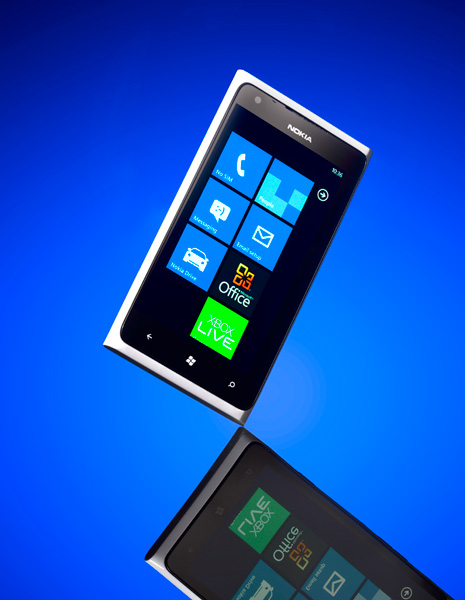 According to confirmation received by Pocket-lint, UK based websites Phones 4u and Carphone Warehouse will each have the Nokia Lumia 900 Windows Phone available by the end of this month. As we all should have also seen coming, Phones 4u confirmed that, just as they have the exclusive white Lumia 800 available, the white Lumia 900 will also be exclusive only through them. As we’ve previously mentioned with other carriers receiving the Lumia lineup over in the United Kingdom, the devices will not have LTE support on board.

Both Phones 4u and Carphone Warehouse will have the Nokia Lumia 900 available for purchase in black, cyan, and magenta. Again, the white Lumia 900 will be exclusive to Phones 4u. According to the confirmation received by Pocket-lint, and the Phones 4u Lumia 900 product page, the date of availability will be April 27th. You can order right now for delivery by 27/04 through Phones 4u. The Lumia 900 can be purchased through Phones 4u ranging in price from FREE up to £199.00, plan dependent. Plans offered through Vodafone, Orange, and O2.

According to sources, those who pre-order the phone will also receive a free Nokia Play 360 wireless speaker, worth £120. 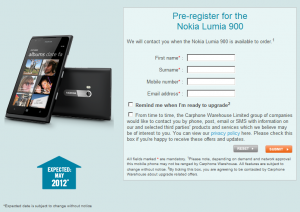 Over on the Carphone Warehouse side of things, as mentioned only the black, cyan, and magenta will be available. Their product page offers Nokia Lumia 900 pre-registration, and an “expected: May 2012″ message. However, according to the confirmations, the device will arrive this month and not in May, looks like that fine print on the Carphone Warehouse page came in handy: “*Expected date is subject to change without notice.”