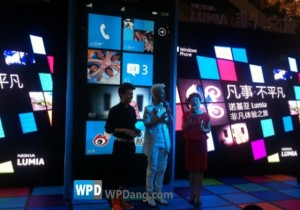 The Nokia Lumia 610, Lumia 710, Lumia 800C and now the Lumia 900 are available for purchase in China. A launch event was held in China on June 9th in Joy City mall where the popular singer/dancer Han Geng performed alongside a giant Lumia 900.

For your record, the Lumia franchise has been rebranded in Chinese as “非凡”, or “extraordinary” back to English. There’s one tagline I especially like in the advert series, which goes as “There’s no ordinary life, just ordinary people.” Might make you think twice when you fish an iPhone 4S out of your pocket and immediately find like 15 other folks in your vicinity sporting exactly the thing. 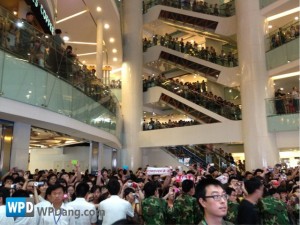 Although this Lumia 900 launch party has taken place in China, wide availability is still expected for June 16th. The Lumia 900 will sell for the price of 4,688 CNY. No information on the available colors, for now it is safe to assume that at least black will be available.

This version of the Nokia Lumia 900 includes alternative social integration by local Sina Weibo and Tencent Weixin, instead of Facebook and Twitter. Xbox LIVE integration is also not included in the Lumia 900 destined for China.