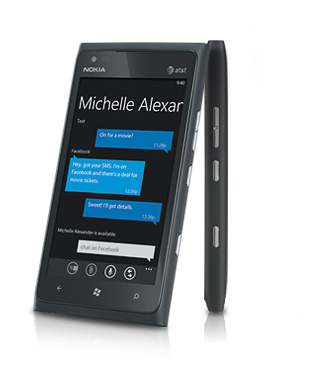 The Nokia Lumia 900 Windows Phone through Rogers in Canada is now available! Available for pre-order/reserve since it’s announcement, including an awesome tie-in with the next Batman movie, the people of Canada can now get their own Lumia 900. The availability in Canada is currently exclusive to Rogers Communications, running on the carrier’s lightning-fast 4G LTE network.

“The launch of the Nokia Lumia 900 in Canada signals our commitment to bringing the best phones into the Canadian market,” says Richard White, General Manager for Nokia Canada.

The Nokia Lumia 900 through Rogers in Canada is available in black for $99.99 with select 3-year plans. For more information and to place your order visit the Rogers Nokia Lumia 900 product page.

Rogers is also currently running a promotion to get a FREE 4 GB Xbox 360 with Kinect when you activate 2 new smartphones on any couples & family voice voice and data plan (on a 3-year term).  Go get a Nokia Lumia 900 Windows Phone for you and a friend/family member, and you’ll also walk out with a FREE Xbox 360 with Kinect!