In the coming weeks, especially with the September 5th Nokia event, we can expect plenty of Windows Phone 8 leaks and rumors to come up. In a couple of short-and-to-the-point tweets today, Twitter handle evleaks has reportedly posted up some renders of two Nokia Windows Phone 8 devices. 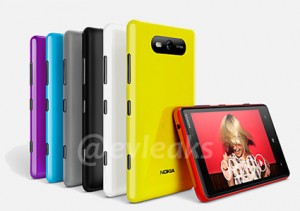 The Nokia Lumia 820 render above surely says a lot, without any words. In comparison to the current Lumia 800, the Lumia 820 has much more by the looks of it already. A bigger screen at 4.3″, the corners are more rounded, and even more color choices available. Of course, with the new rear camera design we can expect a better overall camera system, most likely with more features, and a better flash. From what we can tell in these renders (in comparison to the 920 renders), the Lumia 820 will not have a front-facing camera. 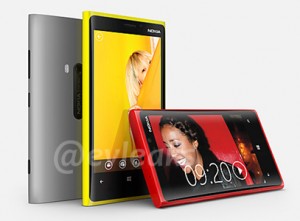 We will have official information on both devices (hopefully) during the September 5th Nokia event next week.