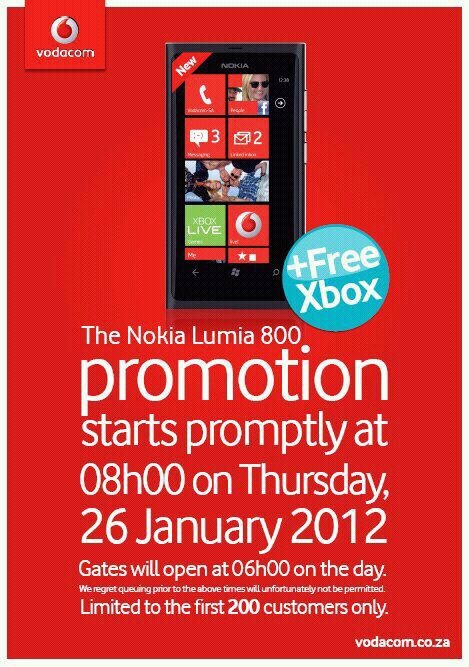 Nokia and Vodacom South Africa are holding the Nokia Lumia 800 launch party for South Africa on Thursday, January 26, 2012. The promotion was advertised via Twitter by Simon Dingle of Vodacom SA. With each Nokia Lumia 800, customers will also receive a free Xbox 360 gaming console (4 GB version), only available while supplies last or to the first 200 customers. The promotion is stated to start promptly at 8:00 AM, but gates will open at 6:00 AM to presumably allow the massive crowd in attendance into the event.

The Nokia South Africa Facebook page also has a countdown timer showing off the official South Africa release of the Lumia 800 for a date of February 7, 2012. We are all excited to see South Africa have such a great device available so soon to them. If any of our readers are from South Africa and will make it to the event feel free to send us some pictures and news! 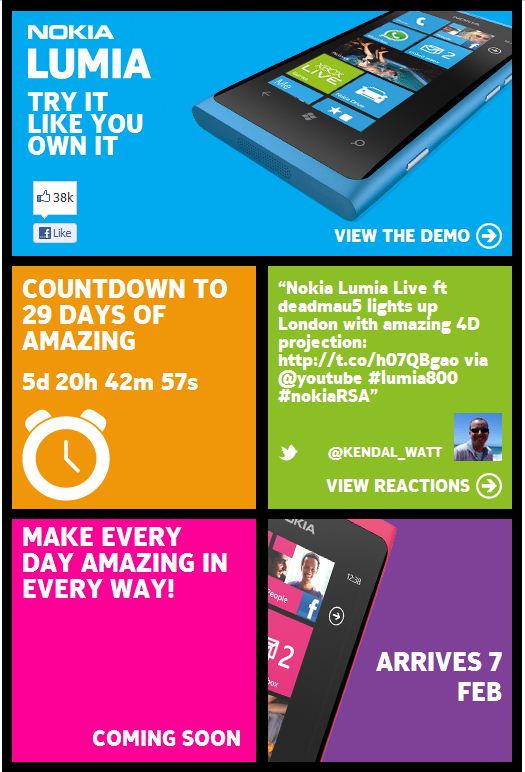