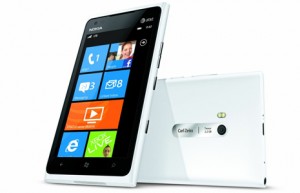 Here’s what Nokia had to say about the great news, as posted on the Nokia Conversations blog:

At the 2011 IDEA awards, Windows Phone 7 won Best in Show, now it’s Nokia’s Lumia 800 and Lumia 900 that get the glory. Entered separately, the Jury chose to reward the Lumia series for its distinctive contribution to smartphone design.

Here’s what the IDEA jury said:

The Jury said, “In a market in which it is difficult to stand out, the Nokia Lumia brings a fresh perspective. The iconic form is personal and inviting without sacrificing precision, and the construction is modern, efficient and well-crafted down to the smallest details. It’s a bold, gold-worthy effort, and I’m glad to see Nokia reclaim its design swagger.” Jonah Becker, Principal and Creative Director, One & Co.