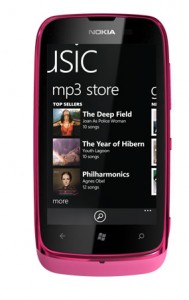 Nokia recently announced that the Nokia Lumia 610 will start rolling out in Asia beginning this week and ending a few weeks later. The roll out begins this week in the Philippines and will continue in the coming weeks through China, Hong Kong, Indonesia, Malaysia, Singapore, Taiwan and Vietnam. The Lumia 610 will also arrive in many other regions this quarter, not just the specific regions mentioned.

The Lumia 610 will roll out through all locations in all four available colors: black, cyan, magenta and white. It will sell at an estimated retail price of EUR 189. The Lumia 610 is one of Nokia’s offered low-tier Windows Phones with 8 GB internal storage, 256 MB RAM, 5MP LED autofocus rear camera, and 3.7″ LCD display. It’s a great entry smartphone with the bonus of Windows Phone OS, perfect for any user.

“The Nokia Lumia 610 will introduce Windows Phone to a new generation of smartphone users, offering something very different to the monochromatic smartphones filling shelves today,” said Jo Harlow, Head of Smart Devices at Nokia. “PeopleHub, Nokia services and quality apps – coupled with a fast and friendly interface – will make for a great smartphone experience at a great price.”

Nokia via The Verge