As expected, the Nokia Lumia 610 was announced earlier today at Mobile World Congress. Destined to hit a younger, cash-strapped audience, the Lumia 610 is being pitched as the affordable Windows Phone. It will come in a host of colors including white, cyan, magenta and black.

As for the release, that won’t be for a few months. The Nokia Lumia 610 requires Windows Phone Tango update, with availability sometime in the April timeframe. The update also includes network and language support for China, a huge market. 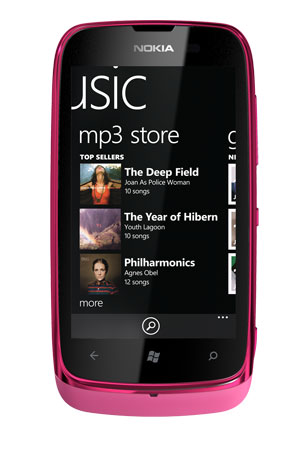 No US carriers were mentioned in the announcement. AT&T is prepping for the higher end Nokia Lumia 900, so perhaps this will flank the the lower end of the market. T-Mobile is another possibility.