Tomorrow’s Nokia event will bring us the big reveal, literally. Nokia will take the wraps off the Nokia Lumia 1520. In advance of the event, specifications have leaked on a Tmall store, an official Nokia site in China. They reveal a 6-inch 1080p display, 20 megapixel PureView camera and a Snapdragon 800 CPU. 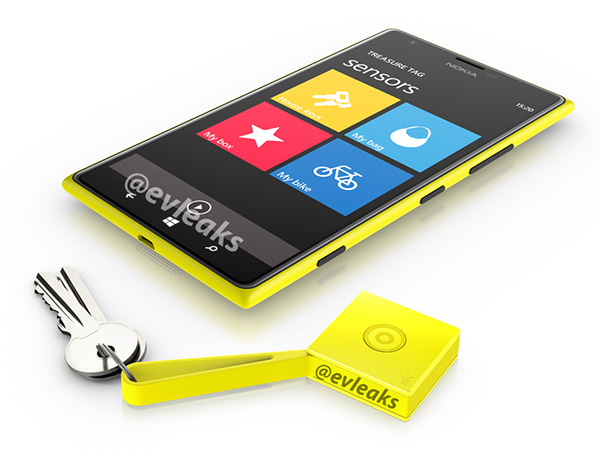 A leaked photo of the Lumia 1520 comes this morning via @evleaks, known for his high profile leaks. It shows the often rumored Treasure Tag, along with the 1520. It’s a proximity sensor accessory, rumored to run Bluetooth 4.0 (low power) and note the NFC logo.

The screenshot also shows specific apps that will work with Treasure Tag including My Bike, My Bag, My Box and House Keys. Presumably, you’ll be able to add tags to any of these devices and use your Lumia 1520 to track them down. Losing your keys will be a thing of the past.