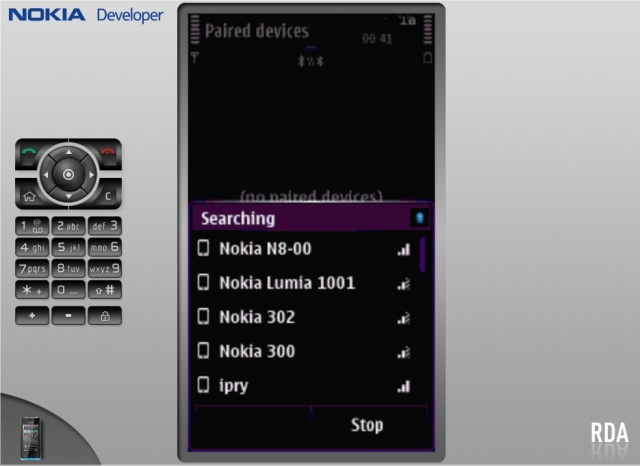 Now that the Nokia Lumia 910 was spotted through Nokia’s Remote Device Access tools for developers, the Internet world is looking to sneak around and find more goodies. Goodies have been found, at least one so far. The Nokia Lumia 1001 has now also been spotted through the developer RDA tools provided by Nokia.

This time, the only speculation, hopefully to become concrete, is that the Lumia 1001 is a future Windows Phone 8 device. The discovery was originally made by TechCrunch, they break down how the model name was discovered through the RDA tools:

It’s worth noting though that devices like the Lumia 910 and 1001 aren’t directly accessible to users — instead, they’re spotted when a user commands one of Nokia’s devices to search for other Bluetooth-enabled devices nearby.

I was initially able to spot the Lumia 1001 (see above) while I was poking around with a Nokia 500. Just to make sure I wasn’t seeing things, I jumped into a different device (the Nokia N9, if you were curious) to see if the device in question was still hanging around.

We will wait patiently to see if any more model names are discovered, and if this device is in fact something real coming soon.