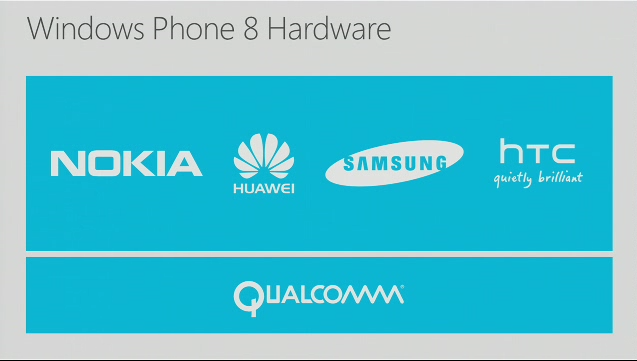 Huawei confirms that their Windows Phone 8 devices will release before the end of 2012 in the U.S., Europe, and China.

“2012 is building up to be a great year for Huawei. Now, we are poised to end the year with a big bang – with the introduction of our first smartphone running on the Windows Phone platform,” said the company in a press release (bolding ours).

As far as HTC goes, they have confirmed several devices will release on Windows Phone 8. Below is the full quoted press release apparently received by WPCentral.

HTC, a global leader in mobile design and innovation, today pledged its ongoing support of Microsoft by backing the new Windows Phone 8 platform. Building on the two companies’ long mobile partnership dating back to 2000 and including more than 40 million phones sold, HTC will be bringing new Windows Phone 8 smartphones to market later this year.

“HTC is committed to Windows Phone more than ever and we are excited to be bringing new Windows Phone 8-enabled smartphones to customers later this year,” said Peter Chou, CEO of HTC Corporation.  “With the introduction of Windows Phone in 2010, Microsoft initiated a new powerful mobile ecosystem with a consumer experience that was both unique and user friendly.”

“We have seen great momentum for Windows Phone since its launch in 2010, with 100,000 apps now in the Marketplace”, said Terry Myerson, Corporate Vice President of Windows Phone at Microsoft. “HTC is one of our closest partners and we share a common goal in driving people-centric innovation, which makes it easy to work together. We can’t wait to see how HTC brings Windows Phone 8 to its product portfolio”.