If you remember the awesome Nokia Lumia 800 that received the Batman treatment, you should be jumping up and down even more now because the Lumia 900 will go Batman-mode soon for the United Kingdom. Yes, unfortunately the good ol’ USA is left out of this limited promotion once again. Moving on then, presenting the Nokia Dark Knight Rises Lumia 900 Windows Phone arriving in the UK on June 1st. 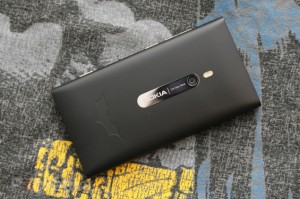 As confirmed to Pocket-lint by Nokia, the limited edition Lumia 900 will first be available through Phones 4u in the UK. In fact, Phones 4u is currently taking pre-orders! At the time of this article, Phones 4u states you will receive your pre-order on June 1, 2012. With your pre-order you also receive 12 months of free unlimited Wi-Fi and free cinema tickets to The Dark Knight Rises. A wide variety of contract choices are available through Vodafone and Orange; depending on your contract choice, you will receive the Dark Knight Rises Lumia 900 from a price of FREE all the way up to a hefty £229.00. 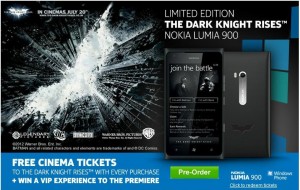 The Dark Knight Rises Lumia 900 is set to arrive in the UK initially, with Germany, France, and a few other European destinations shortly after. 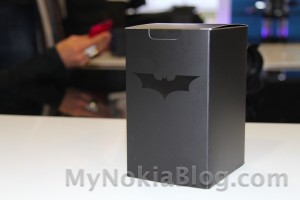