Both CES and Mobile World Congress was uncharacteristically quiet for Motorola, but it appears that a new Moto Q10 could be announced at CTIA on April 1st. 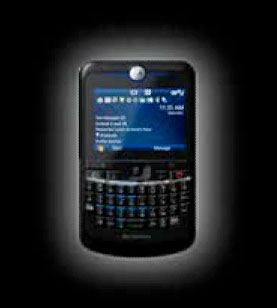 A video created for Motorola promos a variety of new handsets and a new Moto Q sneaks into the picture. The new Moto Q10 looks more like an upgrade to the Q9 series, rather than the rumored Motorola Genghis that appeared back in October.

The song used in the video is You Only Live Once by The Strokes.

There are some clear differences between the current Moto Q9 series and the new Moto Q10:

This is certainly welcome news for the Moto Q community and of course Motorola. You can discuss the new Moto Q in our forums. Stay tuned, as we expect big news on April 1st from Motorola.