Despite not being released in the US just yet, all eyes are on the Nokia Lumia 800, but apparently there is a bigger, high end phone coming to the US market. A Nokia executive in France let the details slip while speaking to a French newspaper. Slashgear via MyNokiaBlog managed to grab photos of a presentation that shows the new phone. A video was available, but that’s since been pulled. 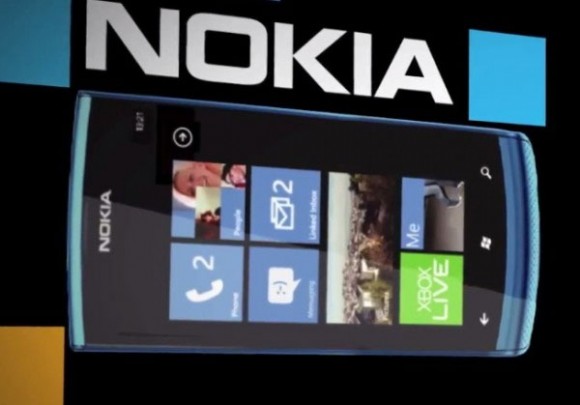 “Nokia hopes that will raise its market share to 22%. ‘More than 60% of French people do not have smartphones and this is our target’, he says. With a sleek design, the Lumia 800 is sold at Bouygues Telecom for 99 euros, compared to 129 euros for a Samsung Galaxy S2 and 199 euros for an iPhone 4S. The 800 Lumia, ‘it’s basically the equivalent of the BMW 5 Series. We will soon have a full range with a Series 7 and Series 3′, Amsellem said. ‘And in June 2012, we will have a tablet running Windows 8.'”

Interesting analogy, considering there is no bad BMW and for many, the 3-series is the ultimate driving machine.