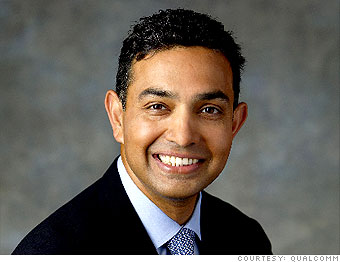 When Windows Phone first launched, Motorola had little interest in the new platform, despite a very successful run with the Q-series running Windows Mobile. “I don’t envision us using Microsoft. I would never say never but it’s not something we’re entertaining now,” said Motorola’s Christy Wyatt.They have been very successful with Android and didn’t join other phone manufacturers who had developed phones for both Android and Windows Phone. This left Samsung, HTC and LG to fight it out in the US market. The initial icy response towards Windows Phone might be thawing, something that’s not very surprising with the prospects of the platform growing with over 23,000 apps in the Marketplace and the impending release of Mango.

Motorola’s CEO Sanjay Jha said that he is now open to working with Microsoft, if the conditions are right. Jha indicated that it might take a deal similar to the one struck by Nokia, for Motorola to start building phones for the platform.

“I think we’re completely open to the notion of Windows as a platform,” Jha said in an appearance at the Oppenheimer Technology & Communications Conference. “Clearly, all of our focus today is on Android.”

Jha indicated that Motorola would continue to evaluate the Windows Phone ecosystem to see if it’s a viable move.