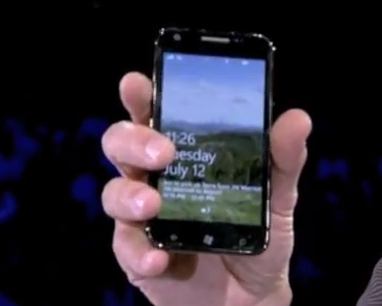 The phone looks like the Windows Phone sibling of the Galaxy S II. Specifications are still unknown, but some are speculating that it could mirror that of the Android Galaxy. That particular phone features a dual-core processor, 1GB of ram, 4.3 super-AMOLED display and an 8-megapixel camera. Other devices revealed include models from Acer, Fujitzu and ZTE.

Microsoft hasn’t offered up required specifications for Mango, but it’s widely expected to introduce support for a front-facing camera. Windows Phone 7.5 will release sometime this fall, so expect the second generation of Windows Phone devices to be in tow.