Those who used the ChevronWP7 unlock tool before it was removed have received an OTA update that revoke’s ChevronWP7’s certificates. Essentially, that means it locks the devices again, so the few homebrew apps that were released will no longer work. It appears those hoping for sideloaded homebrew apps will have to wait for a sanctioned version, if that ever happens. 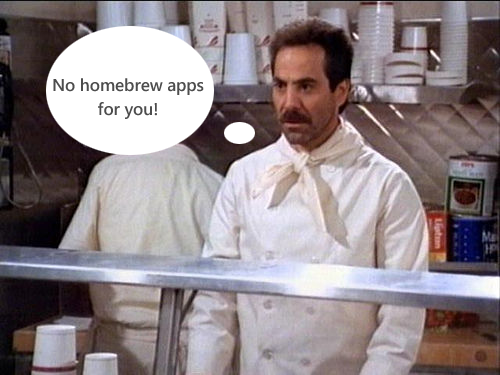