Despite a resurgence with the announcement of Windows Phone 7, some are claiming Microsoft doesn’t have much of chance in the mobile space. Clearly, that’s not the thinking in Redmond. In fact, it’s quite the opposite as you’ll see from the slide below. Based on IDC projections, Microsoft expects to there to be 30 million Windows Phone 7 devices sold by the end of 2011. For those counting at home, that’s essentially 30 million devices in one year or so. Even if Windows Phone 7 devices hit in September, that’s a lofty goal. 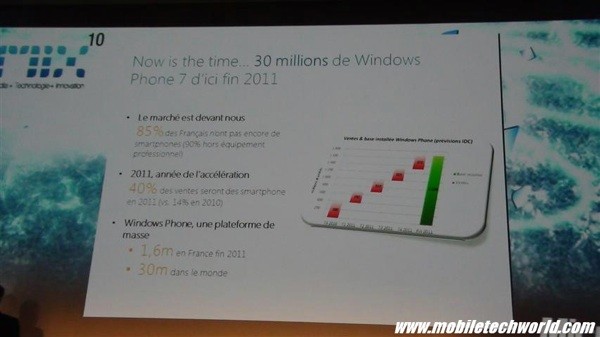