Those issues affecting Samsung devices we mentioned yesterday appear to be serious. Microsoft has temporarily disabled the update for all Samsung devices. The issue appeared to primarily affect Samsung Omnia owners. The update is intended to prepare phones for the NoDo update due out in March. No word on whether this snafu will affect plans to release the update in early March. 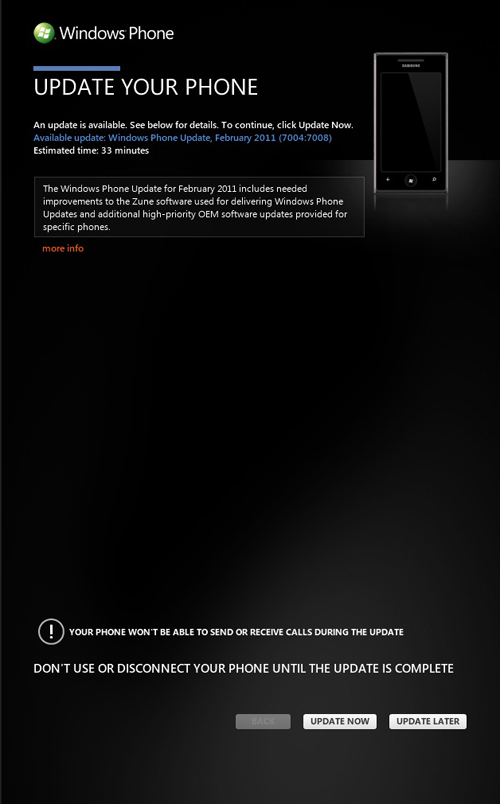 Our Samsung Focus hasn’t received the update and it’s safe to assume we’re in a holding pattern until Microsoft can sort things out.  How about you? Did you receive the update? Things go smooth?